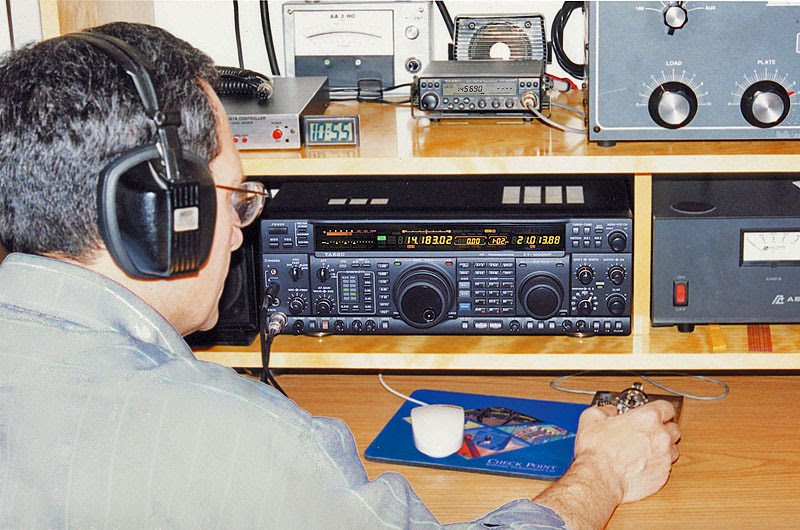 I am a licensed amateur radio operator since 1963. Magic of shortwaves and electronics intrigued me since childhood and I've got my first callsign being teenager in the high school. We've been very lucky to get a good teacher - ham radio operator (UD6BU), who organized our club station there, and it was the place where I've made my first steps in ham radio. The first transmitter I've built was all tubes 10m AM with 807 tube as a final housed in the box and used parts from the old WWII V-100-B radio, and as a receiver I used old military surplus Soviet made KV-M  with additional 3 tubes frequency converter for 28 mhz (the KVM didn't cover 28 mhz band). It's hard to imagine now how to work in the air using so many controls to tune all these pieces of equipment without conveniences of modern transceivers but it was a lot of fun as I remember. Then... I got married, moved, started to build my career and for some number of years went off the air. I was working as an engineer, then completed my research work and received a Ph.D. degree in 1977. After that for a number of years I worked in the mining industry designing and developing transducers and control systems for coal mining machines.
That time I remember I was very enthusiastic about building and fine tuning audio systems, amplifiers, turntables, tape recorders. My ham radio past was hiding somewhere and waited for new beginning. And one day it happened.
During one scientific experiment in our laboratory, I encountered unwanted interference and recognized that it comes from some ham radio station. I decided to search around and found a club station nearby, knocked on the door and ... got hooked immediately. Soon I've got my new license and since then never parted with ham radio. Over the years I've build a number of different pieces of ham radio equipment. The first transceiver I've built was famous UW3DI design, the most popular design in former USSR, which was reproduced thousands of times by different hams. Then my ego pushed me to another challenge - I decided to design and build transceiver with single frequency conversion utilizing a home brewed crystal filters for the IF tract. I used some ideas and circuits from multiple sources, and the result was a new unit with two 9mhz 8-pole chrystal filters separately for receiver and transmitter, the final stage was using Russian made tube GU-19 since I didn't have enough resources and experience to make a solid state final. The output power was hardly 40-45 watts, but it was lots of fun to make contacts. I left it to my friend before leaving country. For some reason it didn't work well in his house. He told me that it produced strange AC-like hum (maybe some power supply design problems? It worked well for me, would be interesting to troubleshoot and fix, but this unit is out of my reach. What a pity.) 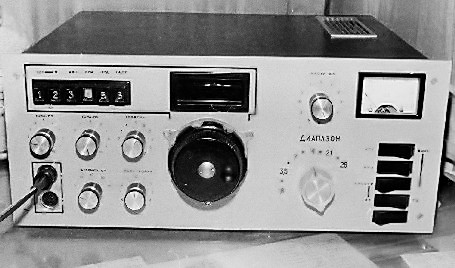 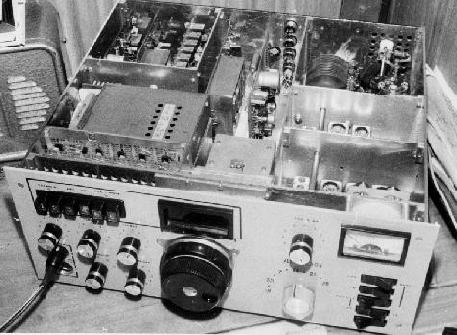 Another project was a walkie-talkie radio (I've build a pair) for 10m band with long whip telescopic antenna from portable TV set, the photo mailed to me by another friend of mine whom I gave them as a present when we were leaving country in 1989. 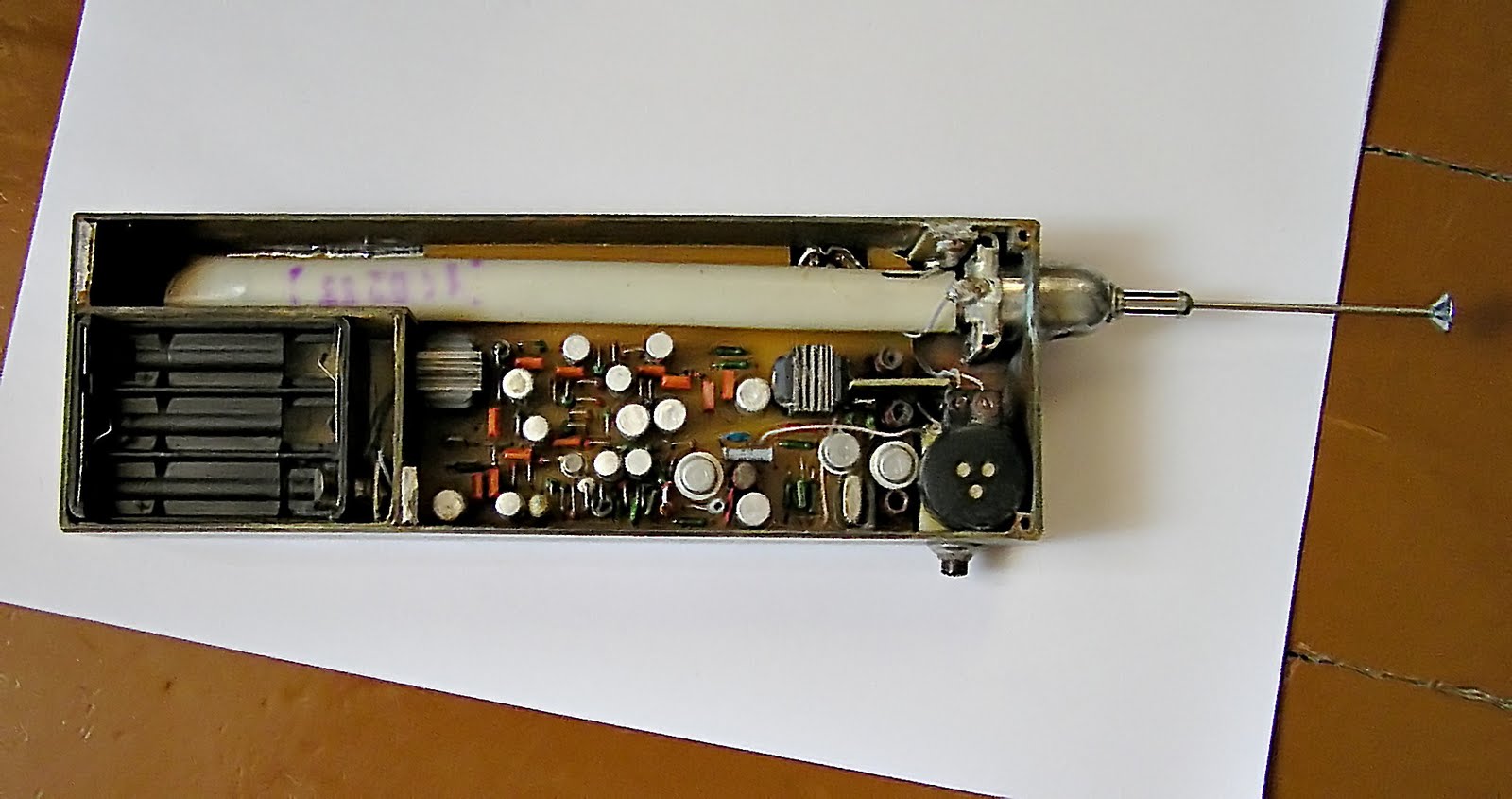 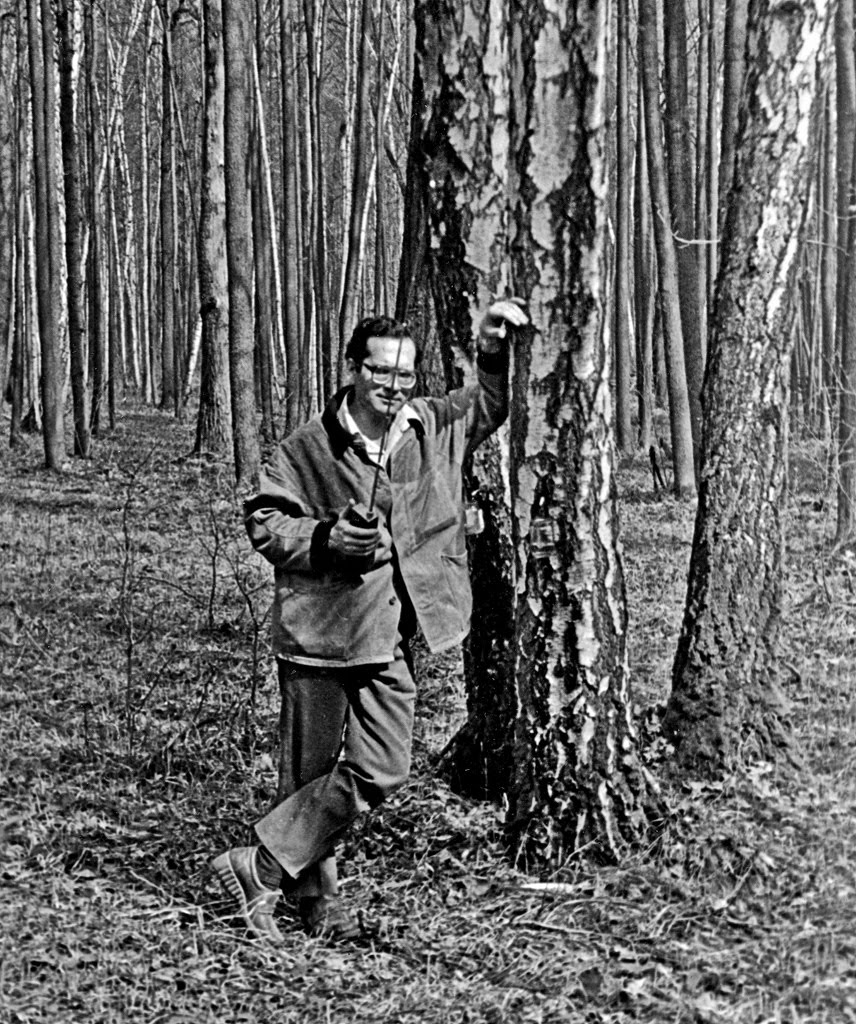 Testing in the field


Unfortunately, I was not able to bring anything with me when we went through very complicated emigration process existed then in the Soviet Union. We left almost everything behind and came to the United States early cold spring 1990 after 5 months of living in Austria and Italy since we had to wait for visas. It was difficult time for everyone of our family - new country, new language, no money, no job... But persistence and hard work helped us to overcome many problems. In 1995 we've bought our small house - an "American dream" (my Inverted Vee is visible behind the house). 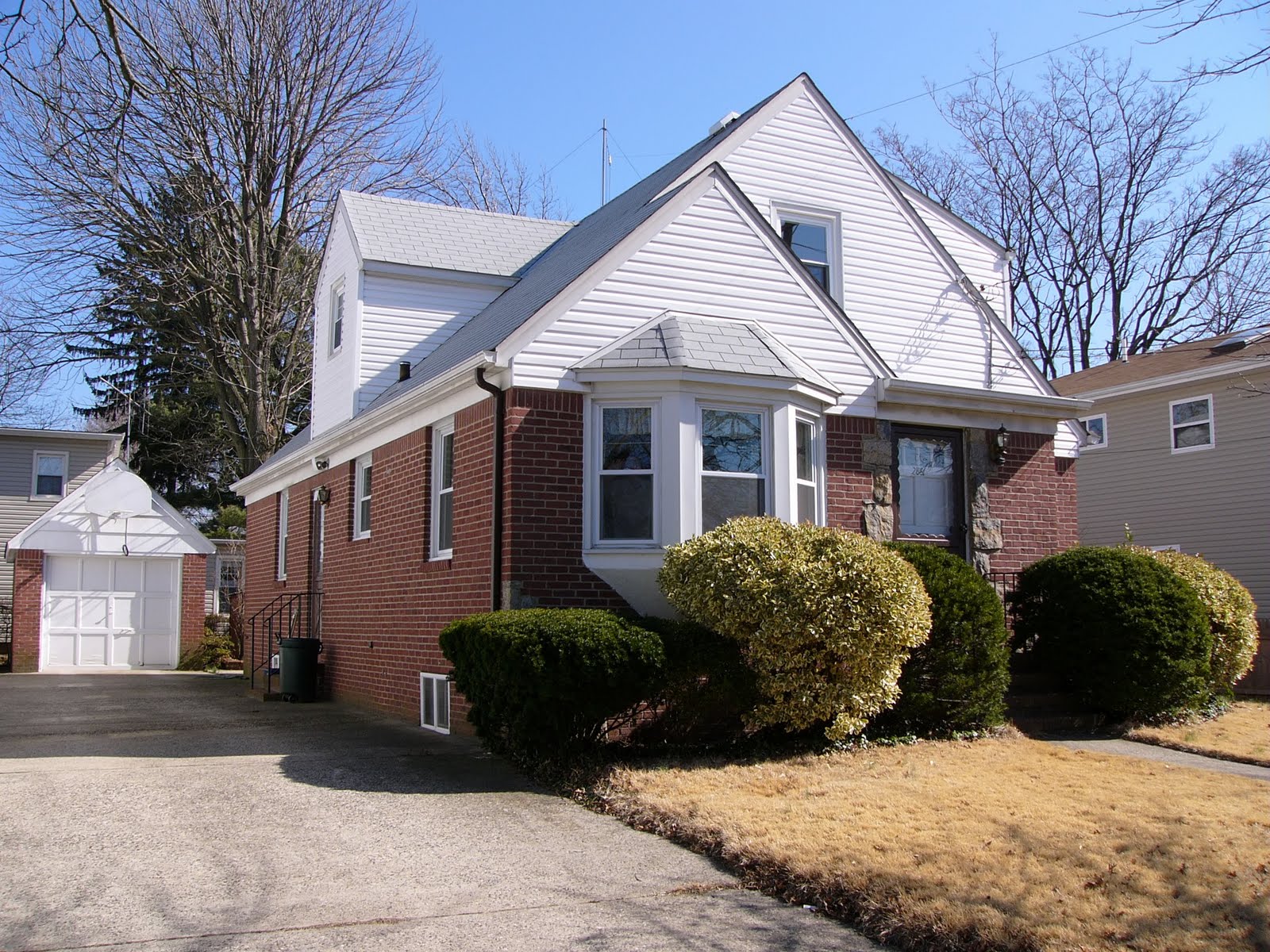 Since 1994 I worked for the hospital first as a senior engineer and then as a supervisor in Biomedical Engineering Department. My responsibilities included variety of functions such as clinical engineering, evaluation and testing of the medical instruments, interacting with another departments and equipment manufacturers and managing work flow. I retired in September, 2016 and I'm enjoying life every day since!

The first call sign (AA2HO) in the United States I received in 1991, when I completed all tests (including CW for Extra) in one shot from Novice to Extra classes. Then in 1996 I applied for vanity callsign N2HO and use it since. 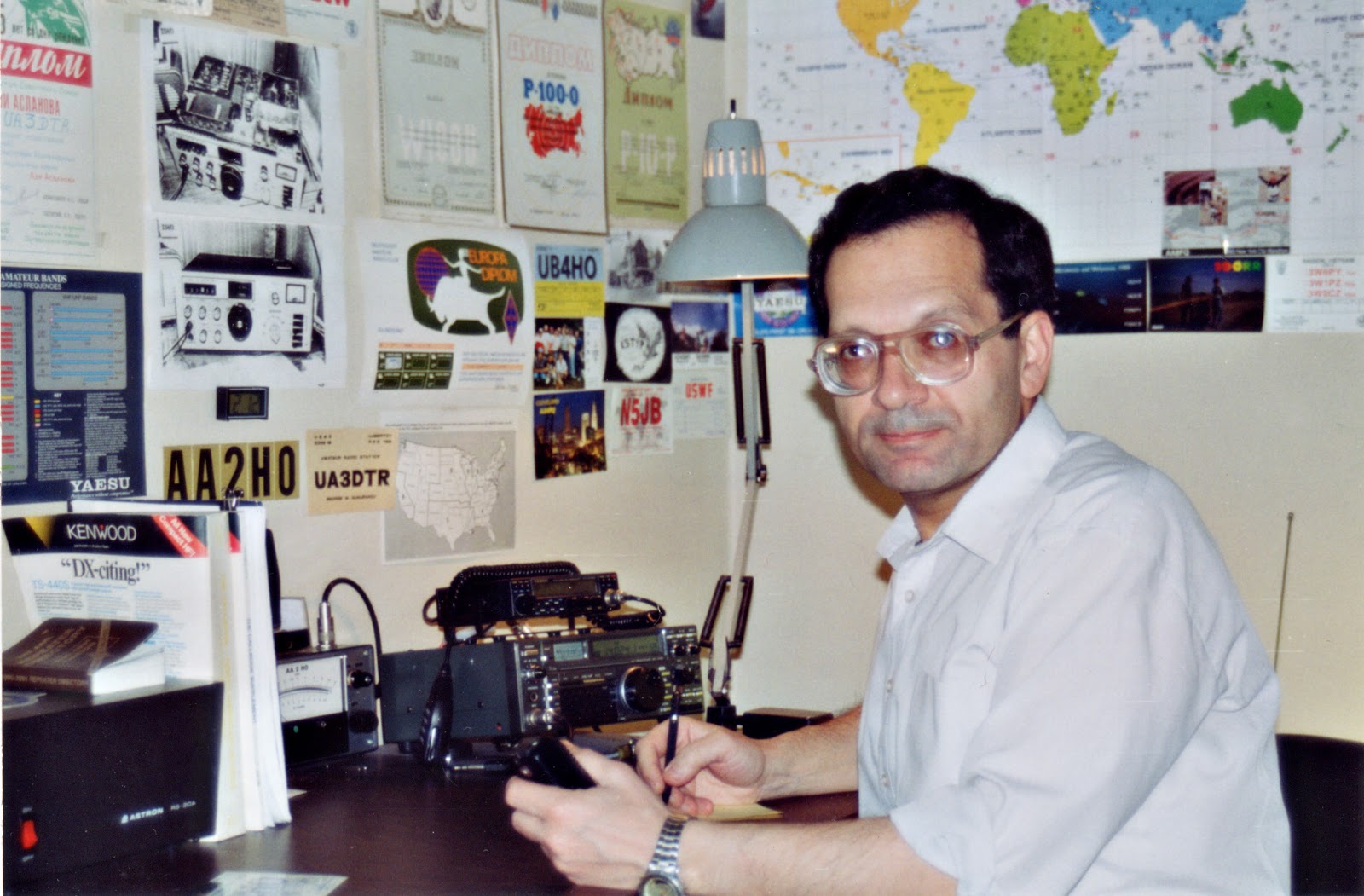 Equipment in my shack: Yaesu FT-1000MP HF transceiver with linear amplifier Ameritron AL-811, for UHF/VHF - Yaesu FT-5100, FT-11R and Kenwood TS-79A(D). Antennas - vertical R6000 Cushcraft (10-12-15-17-20m), homemade dipole for 10-15-20m and inverted V for 40/30m. I mostly work on HF using traditional SSB and CW, have 317 DXCC countries confirmed out of 321 worked. Sometimes I work PSK31, RTTY and some other digital modes. Also, my 2m/70cm equipment is just collecting dust on the shelf since I can't find the use of it - UHF/VHF doesn't sound like fun to me. The 8-element Yagi for 2m was up for a numbers of years, I used it for 2m packet via MFJ TNC, but with the advance of the Internet it became not practical (telnet is much faster and much more convenient!), I sold the TNC and  took the antenna down several years ago.
For logging I use fine and free UR5EQF software.Unfortunately the author, Vladimir (UR5EQF), passed away a few years ago and further development of this software stopped.

Your comments are always welcome. 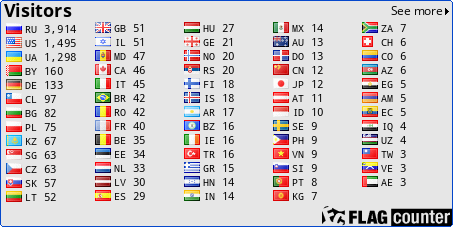